After our wonderful experience in Twin Falls, we ventured north to Yellowstone National Park. As we traveled, we saw in the distance the west side of the Grand Tetons. We entered Yellowstone through the west entrance and experienced our first ‘Bison Jam’ a couple miles in. A herd was crossing the Madison River and we were at the head of the line. I was unprepared, but was able to grab a couple shots. Here’s one of a youngster just out of the river. As we continued into the Park, we were awed by the beautiful scenery and by the shear number of Bison. We stopped several times to marvel at where we were. At one stop, I watched a Bison in a river in the distance. I grabbed a few shots from far away and, as I was shooting, he came out of the water and started walking across the meadow. I moved down the slope to the meadow and continued shooting. He crossed a second stream and started walking in our direction. I grabbed a few more shots and hustled up the slope. 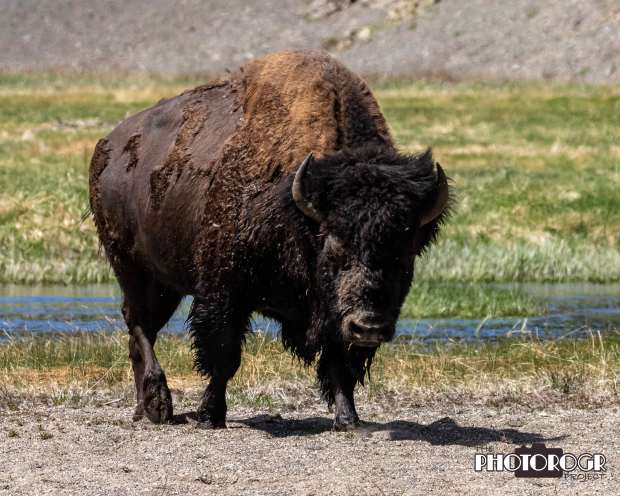 By the time I got back in the truck, my lovely bride was taking pictures of him where I had been standing just a few moments before. He walked parallel to us for a bit and we moved on. We were due at Susan’s brother’s house for dinner, so the rest of the drive through the Park was uneventful.

The next day, we headed into Cody and a trip to the Buffalo Bill Museum. 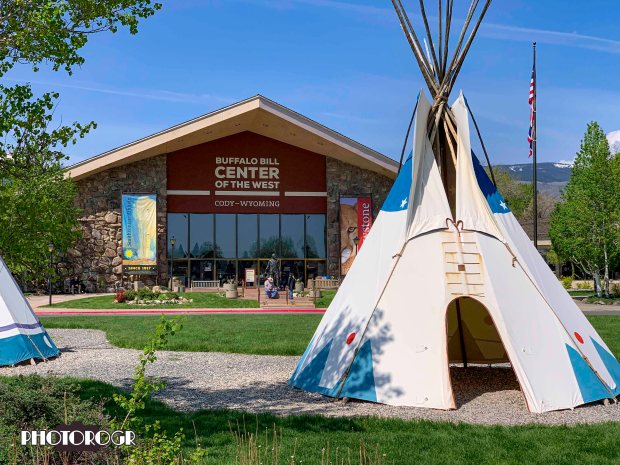 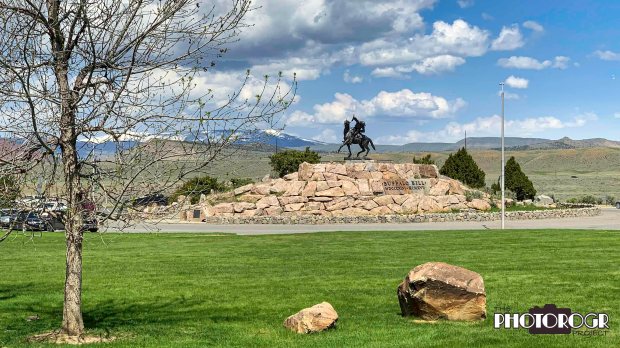 It’s been 40 years since I was in Cody and it did not disappoint. The portion of the Museum formerly known as the Winchester Collection was being remodeled, so we weren’t able to see much of those displays. The rest of the Museum, however, was incredible. We really enjoyed the several hours we spent there.

We had a bite of lunch in the Museum and then caught the Raptor Show. They had a Red Tailed Hawk and a Screech Owl on display. Neither was allowed to fly, but I had brought the big camera in and I got a few pictures. Here’s the Screech Owl – a real cutie! 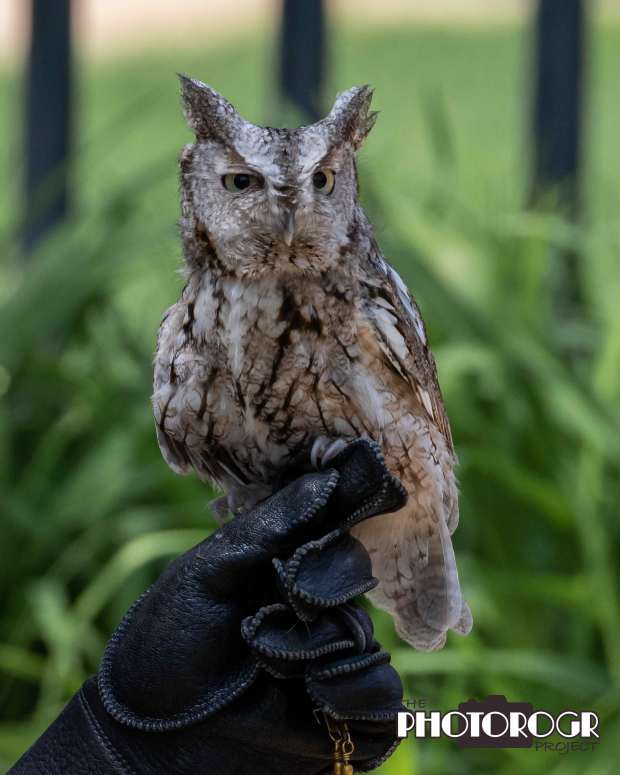 We encourage you to visit Cody and see the Buffalo Bill Museum. The gun collection is opening this month.

Until next time – enjoy! PHOTOROGR