It’s a quiet Saturday morning and I’m not heading out for an hour or so.  My friend, Rich, and I are going to Reno to see the Restomods in Reno Car Show.  Assuming they come out, you’ll see pictures in my next post.  I’m astounded that it’s been almost 3 weeks since my last post.  Time really flies when you’re having so much fun!

I’ve made a couple changes in my shooting and editing process since my last post.  First, I’m shooting in RAW format exclusively (All RAW – All the Time).  I resisted going to RAW for a very long time because I wasn’t comfortable editing in RAW, it consumes massive amounts of memory, and the images can not be used right out of the camera – they must be edited.  In the last few months, I made learning to edit in RAW a priority and have gained enough comfort factor to shoot in that format exclusively.  Of course, my editing time has increased and I fill up SD cards quickly.  The tradeoff is worth it, however, as I was becoming increasingly less happy with the JPEG images coming out of the camera.  The second change is my ‘backup’ process.  Like many photographers, I have triple redundancy for storing my images.  Until recently, I used the SD card from the camera, my computer, and an external hard drive.  Since I’m filling up memory cards so quickly these days (a 32 GB card every 3-4 weeks – yikes!), my lovely bride convinced me that buying more and more SD cards was not the most cost effective method for storage.  Plus, SD cards can fail and they are not recommended for long term storage anyway.  So I purchased another external hard drive and spent some time backing up all my images on it.  Fortunately, memory (data storage, not my feeble mind, darn it) is getting better and cheaper all the time.

I’m refining my workflow for editing in RAW, but it’s getting easier and I’m getting more proficient.  A REALLY BIG THANKS to all my PHOTOSHOP mentors who cheerfully (at least when I call) answer my sometimes silly questions.  We’re usually on the phone, so I don’t see their eyes rolling and their voices don’t betray them.  Occasionally, my questions trigger a learning moment for them, too, so I think it’s beneficial all around.

Enough about that part of my creative journey, though.  Now I have to remember what I’ve been shooting for the last couple weeks.  Because my feeble memory doesn’t feel like it’s getting any better as time goes by, I keep a shooting log to help me remember where I’ve been, when I was there, and what I was shooting – that’s a big help.

A day or so after my last post, a friend texted that a local rancher was moving some cows and it would be a great photo opportunity.  I grabbed the camera and ran out the door – well, I did say bye to my lovely bride.  As usual, the appointed time was ‘flexible,’ so I looked for interesting shots while I was waiting. 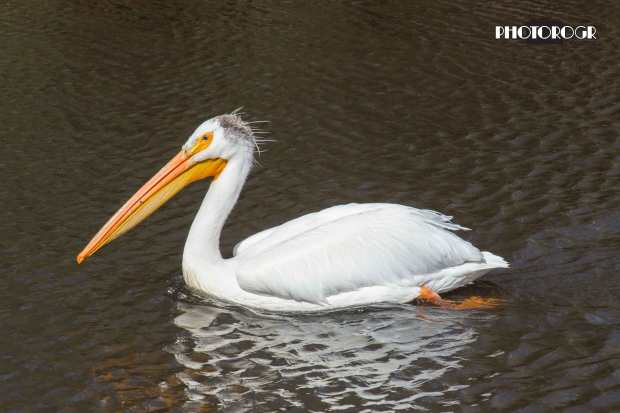 I found this breeding adult American White Pelican in an irrigation ditch. 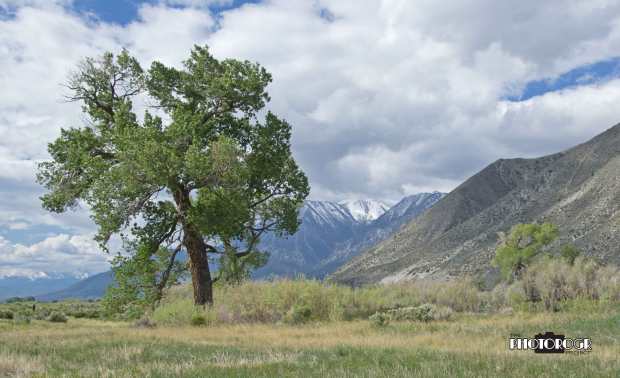 This is a great shot of Jobs Peak, the Carson Valley’s most recognizable mountain peak. 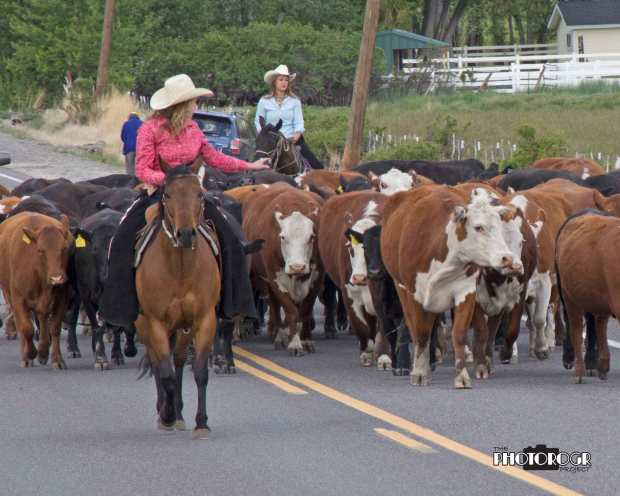 Oh yeah, I was there for the cattle drive. George Strait sang ‘How ’bout them Cowgirls?’ I always thought the song was for the Wyoming Cowgirl basketball team – turns out it wasn’t. This was an all female crew and they did a great job!

A couple days later, I made a trip to the Pine Nut Mountains and found Blue’s band.  The sly devil moved them from open ground and into high brush, but I still managed a few nice images. 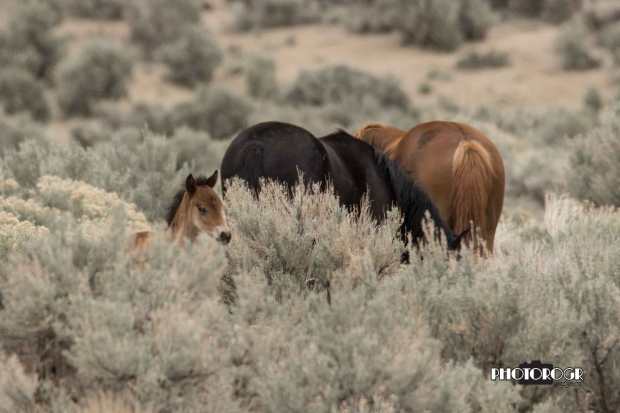 I’m not a big fan of horse butt pictures, although I have quite a few. I liked how this little one was just visible above the brush. 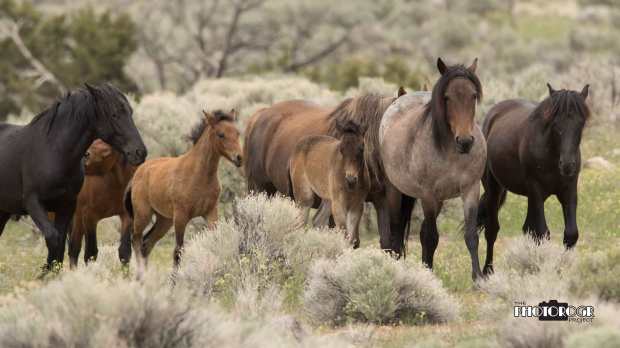 Several of the mares and babies. Our bands look very healthy. 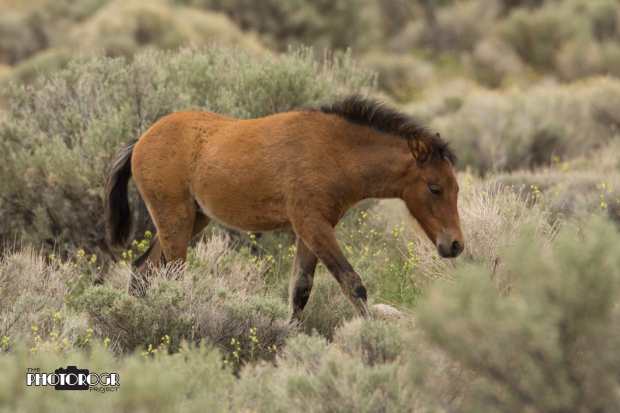 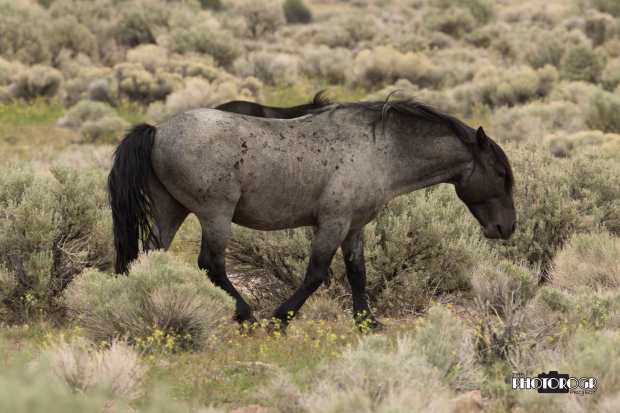 And this is Blue. He’s the stud!

In the last couple weeks, I’ve made several trips to Mottsville Lane here in Douglas County.  With the rivers flowing well (for now anyway), there’s lots of water for the migrating waterfowl. 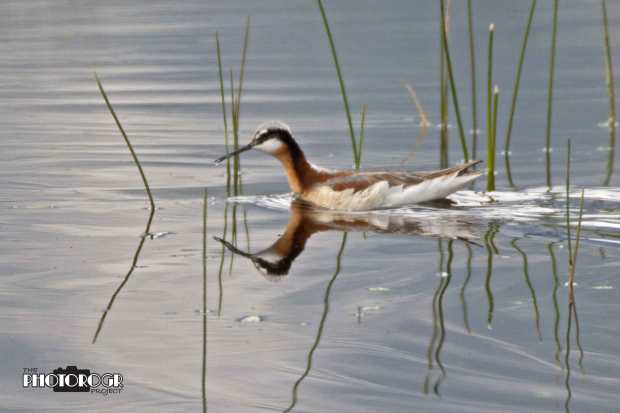 My bird book has been getting quite a workout. This is a Wilson’s Phalarope. 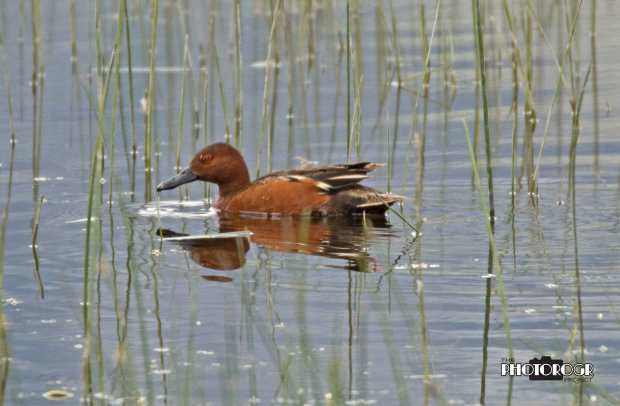 In the same pond, a Cinnamon Teal. 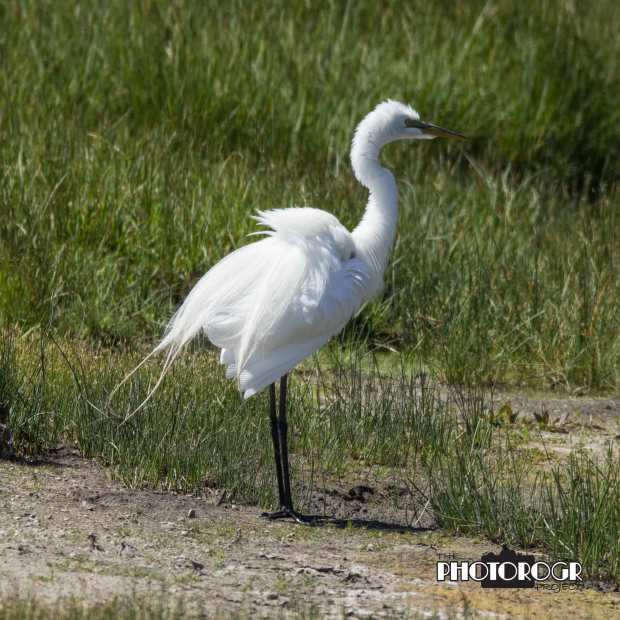 This Great Egret posed and pranced for me, then ‘floofed’ itself and flew away. As my followers know, I love it when a bird does something a little unusual for the camera.

The mountains called a couple times, so I made trips up Monitor Pass in California and took a hike at Lake Tahoe with my son. 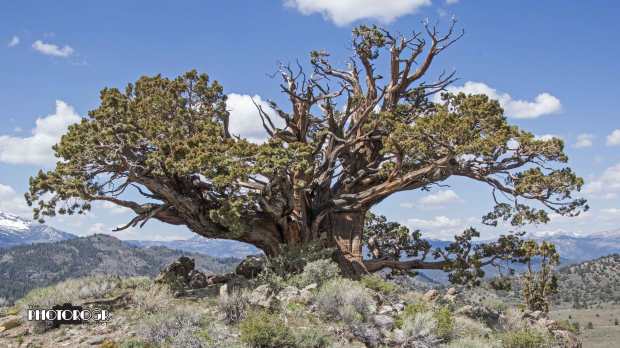 I took a drive up Monitor Pass for some scenic shots. After driving by it many times in the past, I finally noticed this tree. I have several images to edit, as I photographed the tree from all angles. I liked this shot and edited it first. 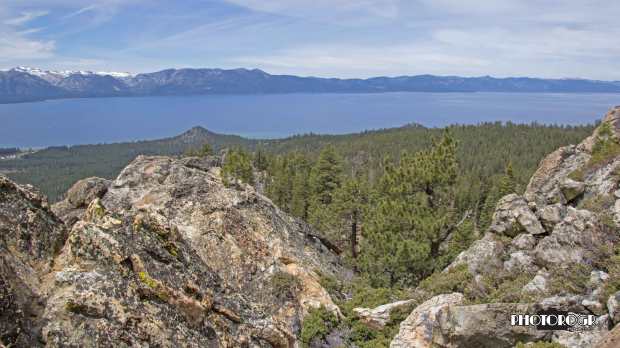 This is Lake Tahoe from Castle Rock, just off the Tahoe Rim Trail near Daggett Pass. 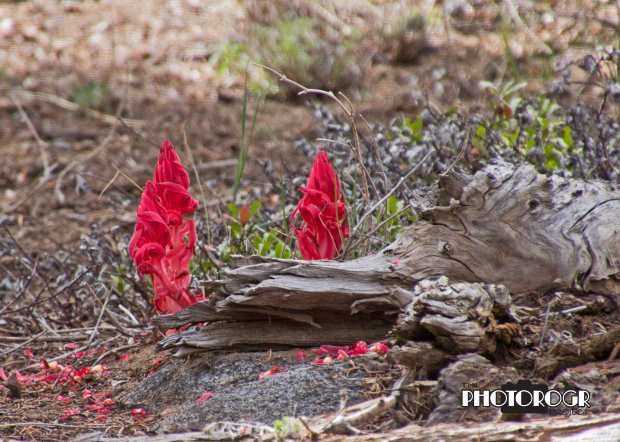 Sometimes, one finds interesting shots on the side of the road and in the backyard! 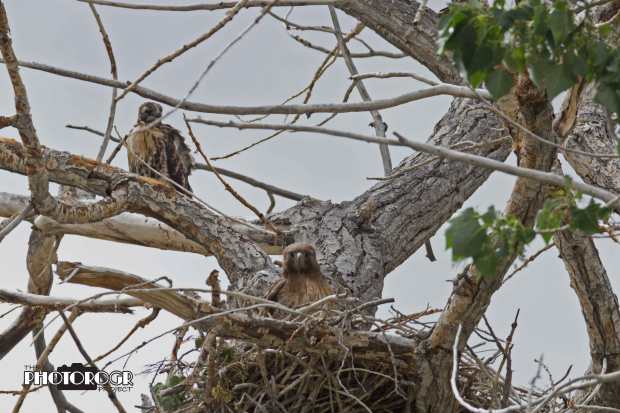 Driving in from the Pine Nut Mountains the other day, I saw these Hawks in a tree next to the road. A baby was visible, when I pulled up, but dropped out of sight when I started shooting. 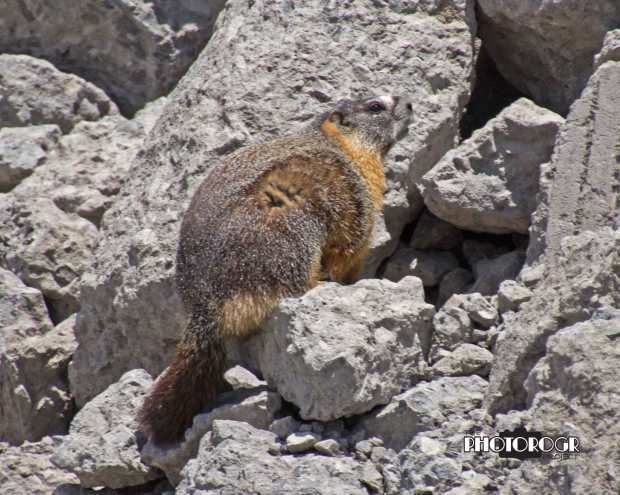 Okay, this wasn’t on a public road, but I shot this from a vehicle. A friend took me on a tour of a highway construction project and this well-fed little guy, along with several friends, make the project home. I’ve never made images of a Marmot (aka Rock Chuck) like this before. 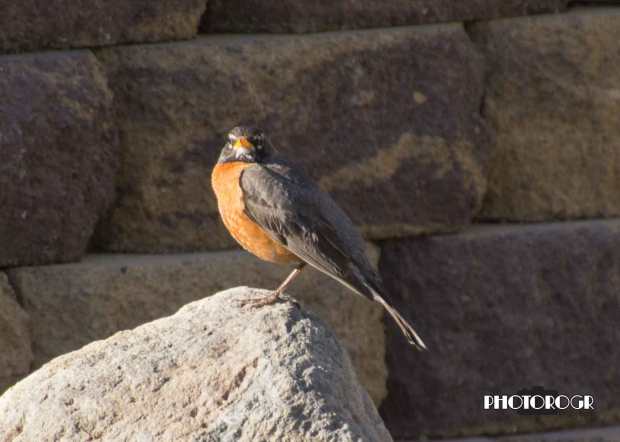 This Robin sat on a rock in my backyard long enough for me to see him, get my camera, sneak out a door on the far side of the house, and make several images. 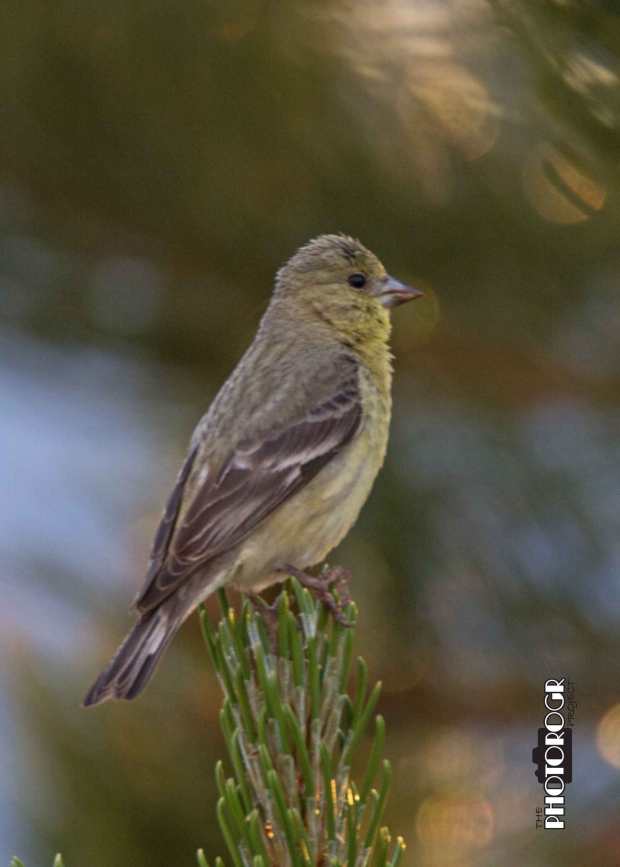 Another patient little fella’. This Goldfinch sat in one of my Austrian Pine trees long enough for me to see him, go get my camera, and make several images. Although he sat on the branch for a while, he did not sit still. I have several shots of him in motion. 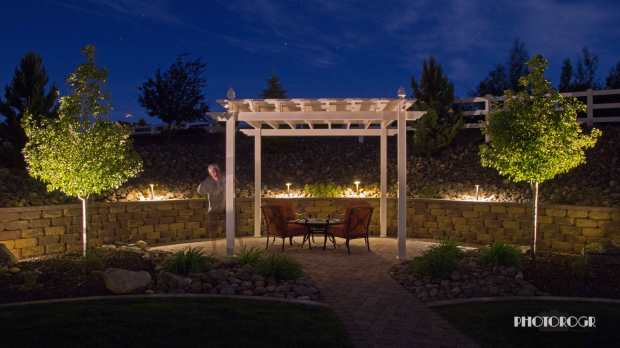 Many of you have seen my night shots of my neighbor’s trees and the moon (one of those is my cover photo on Facebook). The moon was in position the other night, so I made a few more of those shots. While I was out there, I also made some images of the pergola in our backyard. My lovely bride designed the trees and lights very well. While I was shooting the pergola, a playful spirit found his way into the shot! Silly playful spirit.

I’m finishing this on Sunday night, after a busy day yesterday at the car show and a trip to Reno today for a friend’s retirement ceremony.  My apologies for the further delay.  The car show images are worth the wait until the next post – I promise.

One thought on “All RAW — All the Time!”