There’s nothing like a three week break between posts to demonstrate how much I’ve slowed down in my shooting.  Just to be clear, though, it’s only my shooting that has slowed down!  I’m spending more time studying new techniques and continuing work with those I’ve already added to my ‘toolkit.’  Also, it is Spring so I have to spend a little more time at home working on the yard and taking care of business in general.

I’ve continued my exploration of in-camera High Dynamic Range (HDR), as you will see below.  As explained in a previous post, HDR is the process of combining multiple exposures to utilize the best parts of each image for best detail from shadows and highlights.  After figuring out the settings, it works much better than I originally thought.  I noted an interesting part of the in-camera process the other day.  While reviewing several sets of exposures, I saw that the camera floated the ISO setting to obtain the underexposed image.  When I manually create multiple exposures, I usually float my shutter speed to create the over- and under-exposures.  I never adjust the aperture because of the impact to depth of field.  In addition, I’ve been exploring the Nik Efex filters and the variety of options available in Photomatix Pro.  I made these pictures at the Dangberg Home Ranch Historic Park, with the Sierras as the background.  They will demonstrate better than words. 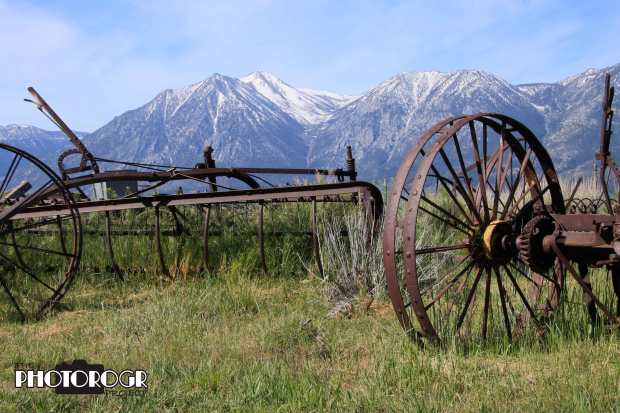 In-camera HDR with minor adjustments in Adobe Camera Raw (ACR). Another problem with in-camera HDR is that the file is in JPEG format, which limits post-processing options. 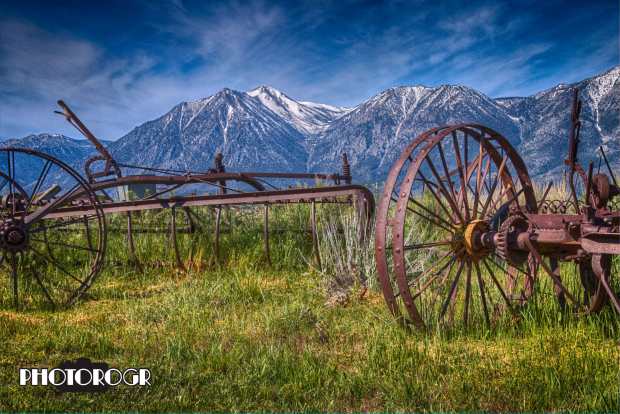 This image was made from the same set of exposures as the one above. I combined the exposures in Photomatix Pro with additional processing in Nik. I received feedback from another photographer, telling me I needed to change my camera settings to minimize noise and also be careful of chromatic aberration. I’ll discuss these topics in future posts.

This in-camera HDR was processed in ACR.

Also in-camera and processed in ACR.

I should have shifted a touch to the left to keep Jobs Peak from hiding behind the wheel spoke.

My lovely bride and I are members of the Friends of Dangberg Home Ranch, and I’ve been working with the Curator on some note cards for them to sell.  Here’s a couple of the options we are discussing.

I took this image several years ago when I didn’t know what I was doing photographically. There are those who will argue that I still don’t know what I’m doing, but I’ll leave that alone for now. This image was shot in low resolution JPEG format at the wrong time of day, but I was able to work it enough to make this image – formatted for a large note card.

Just for grins, I made it monochrome and applied a sepia filter. This will probably not make the cut for the final note cards.

Better light and better angle. Jobs Peak is visible in the left side of the picture.  This one will be on the note cards.

The Dangberg Home Ranch Historic Park teamed up with the Carson Valley Arts Council for an event called Something in the Wind.  A kite group from Oregon came down and put on a wonderful event.  The wind cooperated, sometimes just a little too much.  Here’s a little of the color from the two day event.

These spinners were on poles – very fun and beautiful.

Can you tell we had good wind? The spinners came down soon after I made this image. 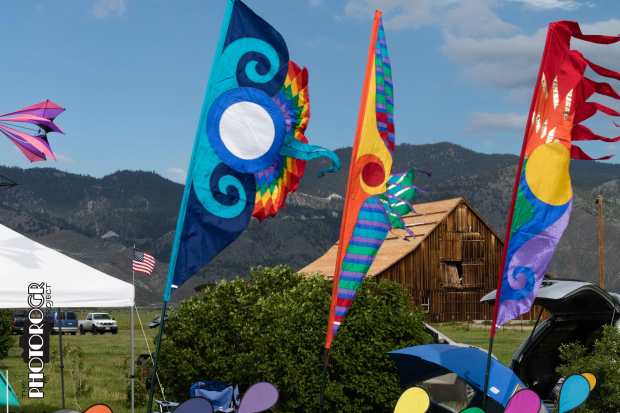 Lots of colorful flags, too!

And then there were the kite fliers – all shapes and sizes! This little guy worked his kite pretty hard.

The bubbles were quite the hit on Sunday!

Kites are very beautiful these days!  A far cry from newspaper and sticks that we used.

The kite folks put these in the air and tethered them, and they flew all day!

This young man walked by my booth and proudly announced that he just turned 7 and he got this box kite for his birthday! I enjoyed seeing a father and son spending time together.

I stopped by my favorite Owl venue and captured this Barn Owl! 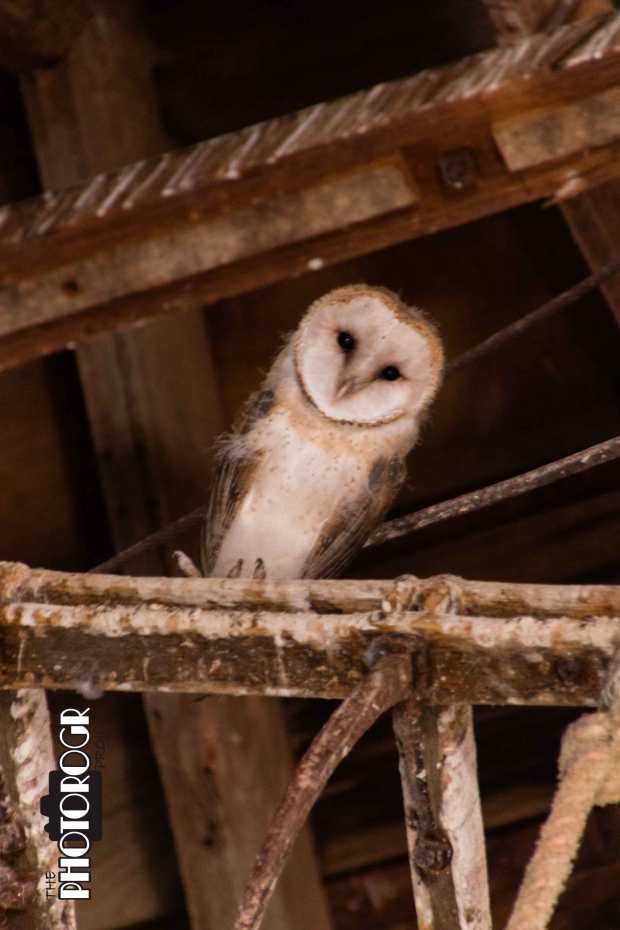 Looks like a young one by the puffy feathers. I shot this handheld, so it’s not the best focus (camera shake from me and my hands – the low light and long shutter speed also contributed).  A cutie nonetheless.

The nice wet winter brought lots of flowers to the desert.

This is the introduction for my next shooting technique – Macro Photography! Stay tuned!

The mountains west of the Carson Valley.

Shot from the road, looking up hill. But the flowers are gorgeous!

I’m really looking forward to my exploration into the world of Close-up and Macro Photography.  Thanks for looking at this blog.